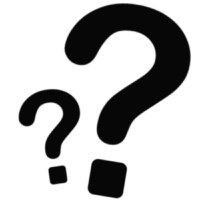 The development of the Neolithic Era and therefore the change from hunters to settlers takes place in China near both of the river systems of the Yellow River/Huang He (黄河) with its Löss sediments and of the Yang Tse Kiang which has fertile soils as well. From about 7,500 BC onwards, in this early centres of the East Asian Neolithic crops are farmed like covered millet, lotus, water nut and rice (dry and wet). Animals are bred like pigs, dogs and birds (Bankiva chicken), textiles and ceramics are produced.
All kinds of cultures are alternating each other – research into those is very fresh:

The Jomon culture from Japan (Jōmon, jap. 縄文, jō – cord, mon – pattern, probably because of the ceramics with patterns made with cord impressions), produces high quality ceramics since the 11th Millennium BC. At excavations in 1960 in Natsushima, Japan the first pot fragments were found with an age over 9,000 years; the origins of pottery in Japan are even older (12,700 years and older). For a long time, China was mentioned as source oft he Japanese Neolithic. The oldest finds of ceramics are 9,000 years old (North-eastern China) respectively 10,000 years old (South China). However, the 13,000 year old finds in the area oft he Amur River in East Siberia point to an equally old origin of ceramics as in Japan and it also shows, from which direction Japan originally was settled.
The origins of ceramic production are in old Stone Age cultures of North Africa, the Pyrenees and the Czech Republic/Dolni Vestonice. Here, one found 26,000 year old ceramic artefacts – of which more than half broken animal and human figurines.
Until recently, one regarded the Jomon Culture in Japan, despite the production of ceramics, as an originally hunter-gatherer – Mesolithic culture, and therefore primitive. One made a comparison to the at present still discriminated original population of the Ainu, which has genetic resemblances with Siberian people like the Nivchi/Niwchen. This image is under consideration at present. Pottery sherds with imprints of rice grains (Minami-Mizote, Province Okajawa), finds of rice (Kazahari, Prefecture Aomori) or debris of rice fields in an occupation layer of the Jomon Culture (Itazuke, Prefecture Fukuoka) show how far the Neolithisation process had proceeded already. In 1992, excavations took place in Sannai-marujama where a settlement (not a mobile village) of the Jomon with a central function was found, dating to (5,000–3,500 BC). In over 1,000 buildings, hundreds of pit houses and store houses, watch towers and other constructions there was a huge number of artefacts made of organic material (woodworking tools, oars, boats of hides, baskets and textiles), which also are proof of craft specialisation. This well organised society is unimaginable without planning. Obsidian and amber from other areas in Japan prove there was an exchange of goods over a wide ranging network.
The Mergarh Culture of India, between the Indus and the Zagros Mountains is seen as the predecessor (from 7,000 BC) of the Indus Culture (Harappa Culture). At the excavation which lend ist name to the culture, 7 occupation phases could be discerned. In Mergarh I one grew wheat, barley and date palms. One didn’t know ceramics yet. Hunting played an important role in the obtaining of meat.

This question was answered by:
Peter Walter, Pfahlbaumuseum Unteruhldingen (DE)